Compared to the past couple of months, life has been a little less hectic, and I’m here for it. We’ve gone from having some kind of practice every evening to practice just a couple days a week. We’ve gone from baseball tournaments and cross country meets taking up the weekend to just one basketball game on a Saturday afternoon. Also, with it getting darker earlier, it’s easier to convince my kids to get settled in for the evening.

Even with the slower pace, we’ve still been busy. So, today I’m sharing a bit of our life…lately.

Hayden’s in a 3 on 3 basketball league. Due to Covid, his regular league isn’t having a season (yet?). With this league, the season is shorter, the team is smaller, and they only play half court. That being said, he loves basketball, so I know he’s happy to be back on the court. His team won their first game on Friday evening, and Hayden had six points.

The kids (and Travis) wrapped up the regular cross country season last Saturday with the 5th/6th grade state meet. This was the first time the kids had been in a race with 6th graders, so I think there were a few nerves. It was the hottest day and the hardest course, but both battled to run pretty decent races. Hadley earned a medal, and I know Hayden wished he had placed a little higher, but we were proud of them, of course.

Y’all, I always joke that if you see me running, somebody is probably chasing me! haha…so who am I to judge?! 😂Both had an amazing season with ups and downs, PR’s, top 10 (& 1st) place finishes, and lots of miles put on those legs. They had fun with their teammates and supported each other in practices and races which is what it’s all about.

And, I have to give a shout out to Travis. He coaches this team during the busiest months of work for him, and he gives it his all. The kids don’t know how special it is to have this time and these memories with him. I know they’ll look back on these years with fond memories…and will hopefully forget that, according to them, he made them run farther in practice! 😂

Cousin crew came to cheer the kids on!

We’ve had really beautiful weather, so I’ve been trying to ease back into working out with some walks every other day or so.

The leaves, even the ones on the ground, are so beautiful. I really do love fall!

There’s a beautiful street in Lex that’s known for their ginkgo trees. Facebook is flooded with Lexington peeps checking out the beautiful yellow leaves. For Tuesday’s recess, we decided to visit the “yellow brick road” and go for a little afternoon walk around that neighborhood.

The leaves are just stunning!

It was such a nice way to spend a few minutes on a weekday afternoon!

On Tuesday, Homer also enjoyed the lovely weather and the sunshine.

I’ve been reading Louisiana Lucky, and it’s such a cute read! I should finish it up in the next day or two.

Over the weekend, I finished watching Virgin River. Season 2 comes out November 27th, so I won’t have to wait long to see what Mel and Jack are up to!

I’d heard many people talking about The Queen’s Gambit on Netflix, and I decided to give it a try. To be honest, I don’t think I ever would have clicked on this show while just scrolling Netflix, so I’m glad for the recommendation. I’m three episodes in, and I love it so far.

This is a miniseries based off of the novel with the same name. The main character, Beth, is an orphan, and she’s on a quest to become the greatest chess player in the world. She learns how to play from the custodian at the orphanage. Beth is adopted by a couple from Lexington, so there are some Lexington references in the plot. I think the author grew up here? Anyway, I definitely recommend it based on what I’ve seen so far.

And…I’m excited because The Crown is back for Season 4 on November 15th. I was late to The Crown game, but started watching it back in March once life came to a halt! I really enjoy it as well, and can’t wait for this season.

I made a Trader Joe’s run over the weekend, and picked up some of our faves plus a few new foods to try.

I always stock up on our frozen staples when I’m at TJ’s. We eat the…

Most Sundays I try to bake something for dessert. Hadley usually helps me, but she was outside playing on Sunday afternoon when I had time to make Shay’s pumpkin cake.

It was soooo good!

We also took some time this week to celebrate the end of cross country season and report cards with great grades on them! So, Hayden got the “You are Special” plate one night, and Hadley got it the next night!

It blows my mind that my kids haven’t stepped foot in a classroom in almost 8 months! I feel blessed that they are certainly persevering during these times. (Real Talk: I’m also glad they aren’t in primary grades where I know they’d need my help 90% of the time!) I’m thankful that they are pretty independent workers, for their awesome teachers, pod instructor and sitters! It really does take a village…especially during a pandemic.

I hope all of you are hanging in there as well! I know, for us, each day is different. Some days are definitely easier and better than others! And..on the “other” days, I just get in my pjs by 5:00 and count the minutes until bedtime…for all of us!

See you back here tomorrow for Friday Favorites: Thanksgiving Edition! 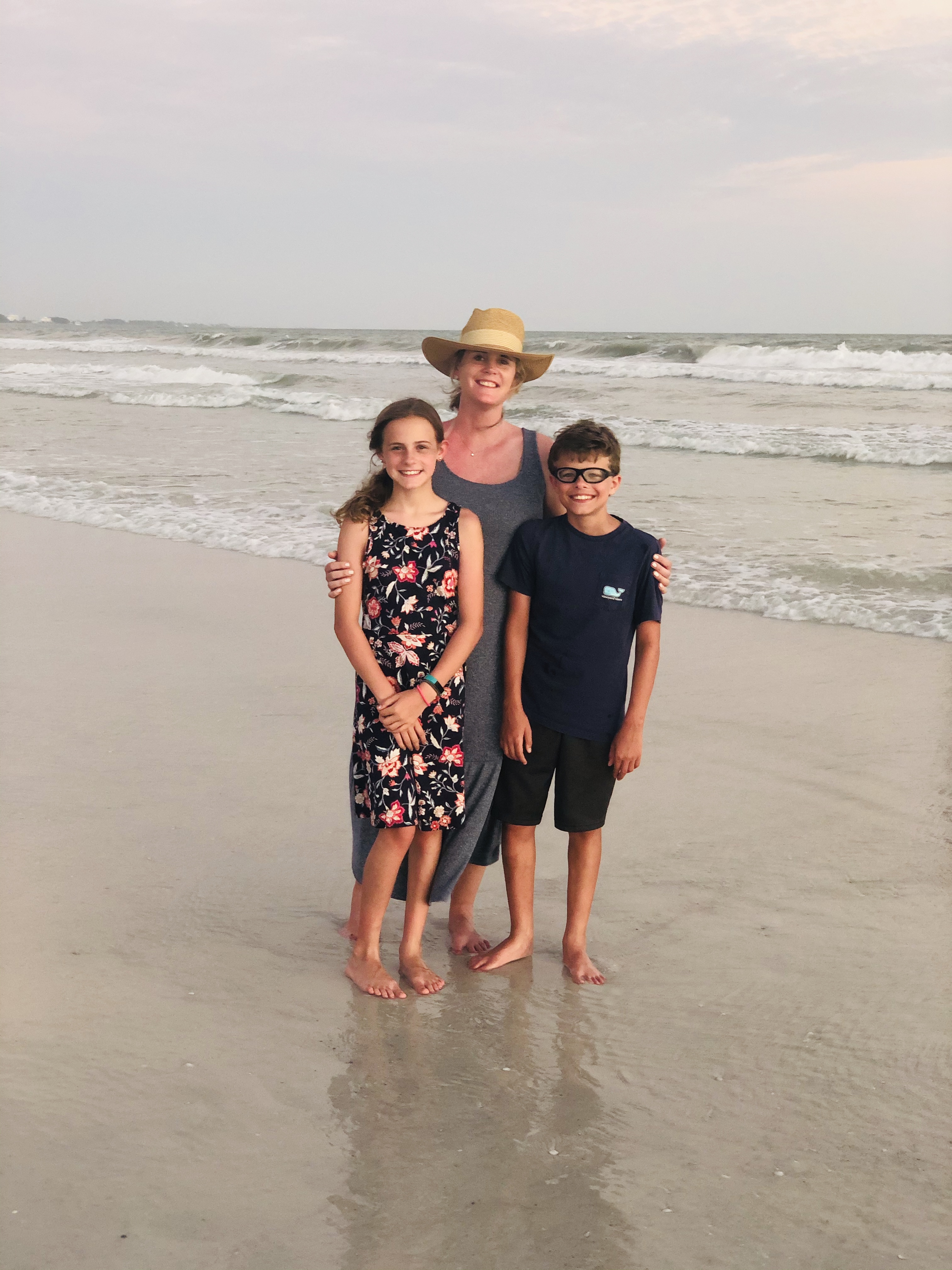 I’m keeping up with my monthly reading average of 3 books/month!
April 21, 2021 • Kentucky ❄️ 🌸
🎶 🪕Gaylord recap on the blog today. We had so much fun during our 3 day stay in Nashville 🤠🎸
🐇 Easter lunch 🍽 was a success. Hadley helped me decorate the table...Homer 🐶 was left unattended and helped himself to the leftover turkey and ham 🤪
Apparently, I’ve never met a bunny 🐰 I don’t like? I’m sharing touches of Easter around my home in today’s blog post 🐇 🥚 🐣 🌸
Hello Monday! Blog post today. We had a great weekend filled with a basketball championship win, seeing friends, FroYo, baseball with cousins, green pancakes, church and more! Plus, we “sprung forward!” 🤪
Loading Comments...
Comment
×
%d bloggers like this: